Income Focus is an SEC-registered investment advisor headquartered in Jackson Hole, Wyoming. Our firm specializes in the discretionary management of separate accounts of municipal bonds. We also evaluate our client’s overall asset allocations and, when appropriate, recommend a portfolio of global equity index funds or high dividend equity securities to achieve a target risk/return balance. The firm serves clients directly, and may be engaged as a sub-advisor by other registered investment advisors, wealth managers, and family offices.

Charles Schwab & Co., Inc. and Fidelity Investments are our primary custodians. Client assets are held in separate accounts in our clients’ names and never co-mingled. 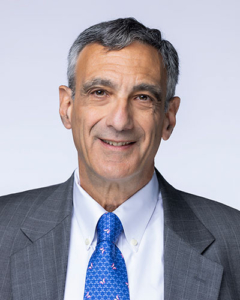 From 2003 to 2010 David worked as a Principal and member of the investment committee at Windward Investment Management.. Following the acquisition of Windward, now renamed Windhaven, by the Charles Schwab Corporation, David took a two-year sabbatical during which he refined the investment process used at Income Focus.

After receiving a BA in English Literature from Dartmouth College, Ms. Millet joined the Boston office of Cowen & Company, where she spent four years as a Research Associate. She then earned an MBA in Finance from The Wharton School at the University of Pennsylvania, spending her summer as a Summer Associate at Goldman Sachs & Co. Liza then worked as an analyst at Crown Advisors, Silver Capital Management, and Colden Capital Management in New York before moving to Jackson Hole in 2008.

Liza is the co-founder of Silicon Couloir, a non-profit entity whose mission is to “Nurture Entrepreneurship in the Tetons.” She also facilitates programs on business education and entrepreneurship through Central Wyoming College.